Eastwood (formerly East McElwain) is a neighborhood in the Crestline community of eastern Birmingham. It is centered around the Eastwood Village shopping center (the former site of Eastwood Mall) between Montevallo Road, Oporto-Madrid Boulevard and U.S. Highway 78 (Crestwood Boulevard). Much of the center of the Eastwood neighborhood is commercial, formerly anchored by Eastwood Mall and Century Plaza, as well as the Eastwood Shopping Plaza. 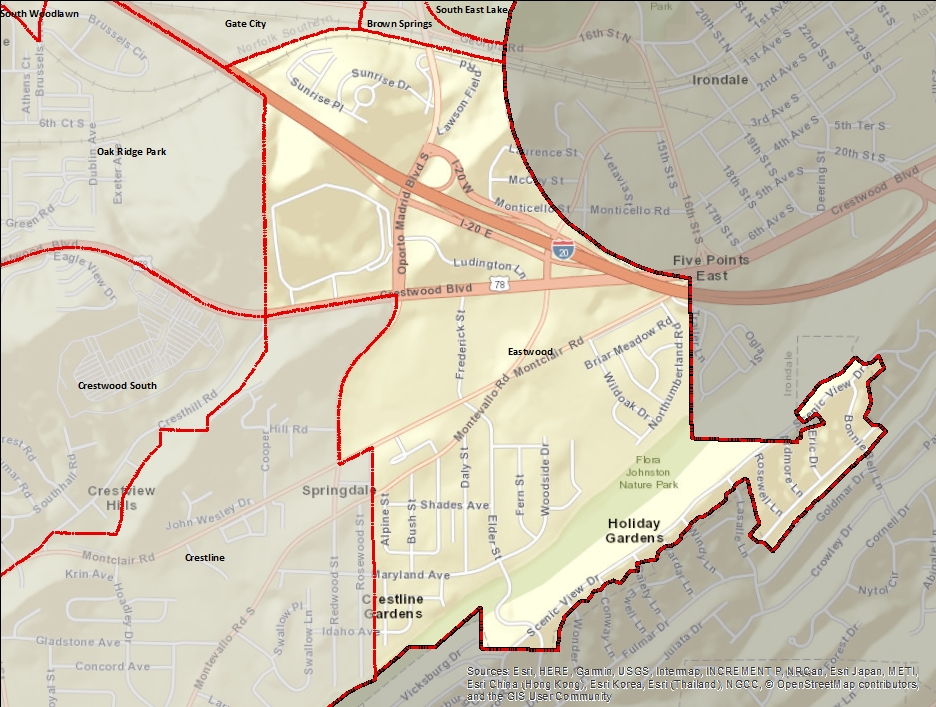