Gate City is a neighborhood in the East Lake community of Birmingham. It occupies the area north of I-20 and south of the East Lake neighborhood, centered on Georgia Road and including the Marks Village housing project. which was constructed in the 1950s. It is bordered by South Woodlawn to the west, Oak Ridge Park and Eastwood to the south, and Brown Springs to the east. Gate City was named because it was the first Birmingham neighborhood entered through Red Gap from Irondale to the northeast. Five major railroads used that approach into Birmingham. 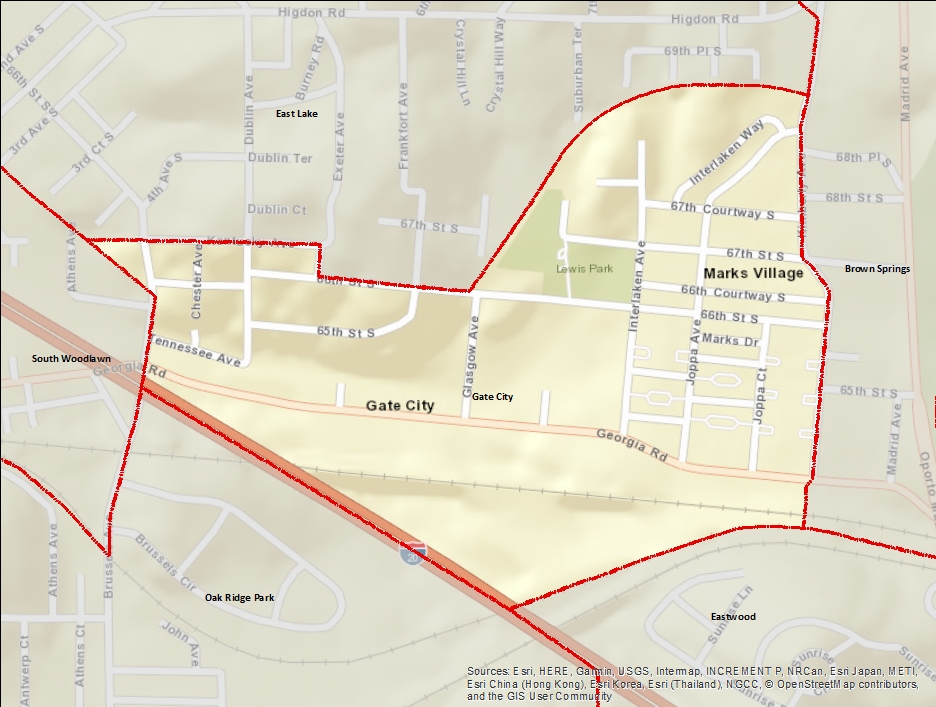