Grasselli Heights is a neighborhood in the Grasselli community of Birmingham. It was developed originally as a residential neighborhood for managers at the Grasselli Chemical Company plant nearby. The neighborhood is bounded to the north by tracks owned by the Seaboard System Railroad, which separates it from the Western Steel Fabricators plant in unincorporated Jefferson County and from Birmingham's Riley-Travellick neighborhood. On the east and northeast the neighborhood is separated from Tarpley City by 37th Street Southwest, Rutledge Avenue and Wilson Road Southwest. Lawson State Community College and Wenonah High School are located just north of Grasselli Heights on Wilson Road. 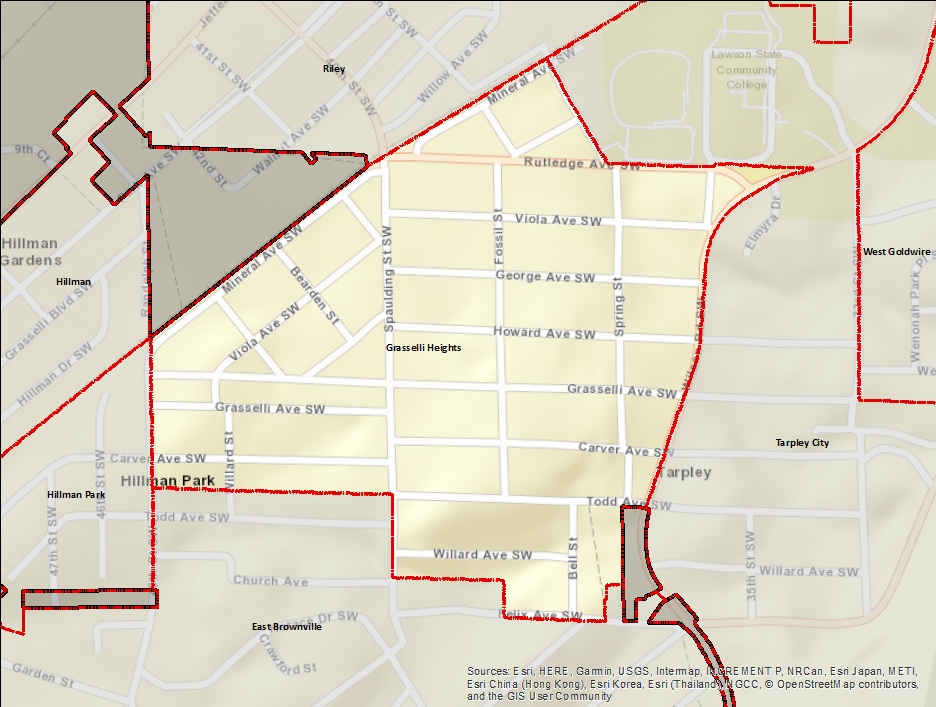