Graymont is a neighborhood in the Smithfield community centered around Graymont Avenue south of Legion Field. The neighborhood was originally a subdivision granted to Lucy Smith Gray by her father, Joseph Riley Smith, and is named in her honor. The Graymont neighborhood lies between College Hills across 8th Avenue West to the north, Smithfield across Center Street to the east, Arlington-West End across Valley Creek to the south, and Rising-West Princeton and Bush Hills across Princeton Parkway to the west. Legion Field anchors McLendon Park, which stretches across the northern half of the neighborhood. The Elyton Village housing project occupies most of the southeast quarter. 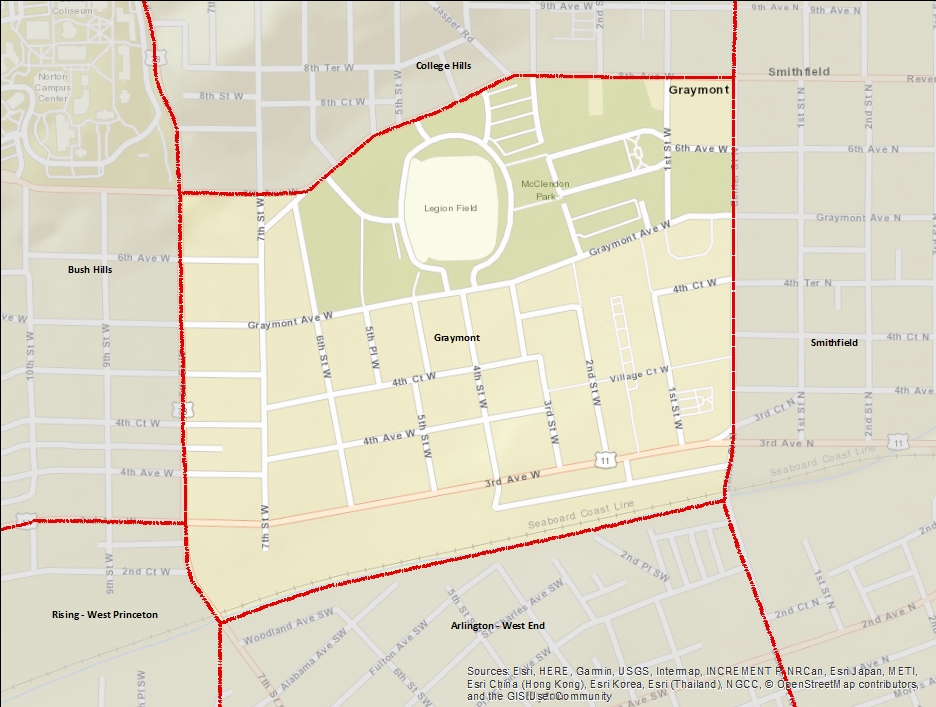