North Avondale is a neighborhood in the East Birmingham community. It is located south of East Birmingham and Kingston, west of Woodlawn and East Avondale, north of Forest Park-South Avondale and Southside, and east of Central City and Norwood. Its main street, 41st Street, ends at Avondale City Park, which was home to Birmingham's first zoo and offered the residents a beautiful gathering space. Originally incorporated as a separate town in 1887, Avondale was annexed into Birmingham in 1910. 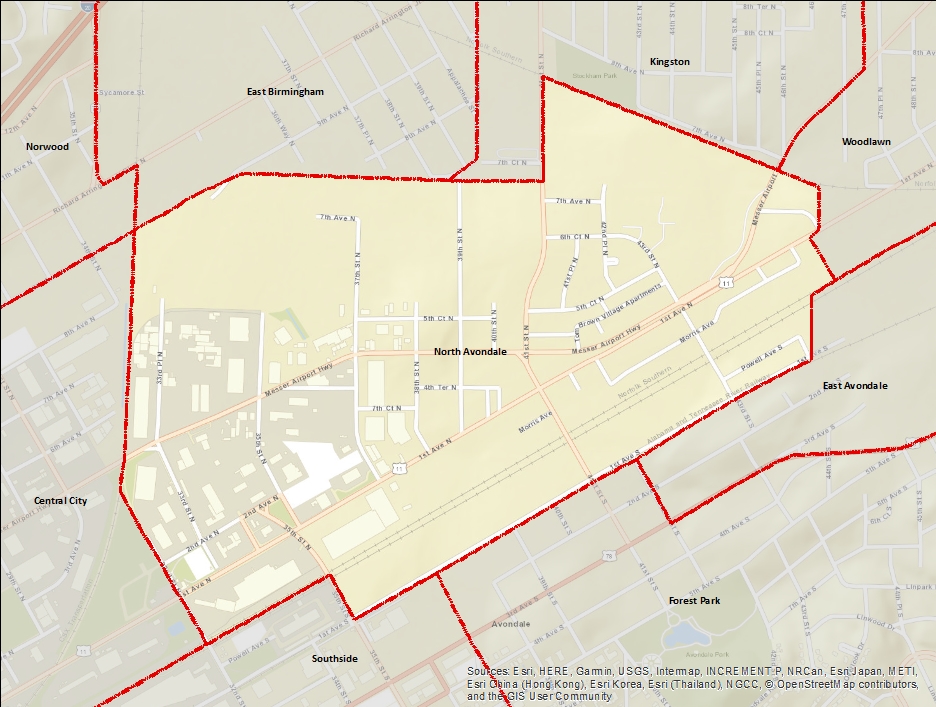