The Oxmoor neighborhood (known as the Sand Ridge neighborhood until 2006) is a neighborhood in Birmingham's Southwest community. The large, sparsely-populated area borders the cities of Homewood, Hoover, Bessemer and Lipscomb on the southwestern edge of the city limits, south of Red Mountain. It is traversed by Lakeshore Parkway, Shannon-Wenonah Road (Venice Road), Wenonah-Oxmoor Road (Sydney Drive), and Shannon-Oxmoor Road. North of the ridge of Red Mountain, Oxmoor is bounded by the Powderly, Mason City and Garden Highlands neighborhoods of the Southwest community, and by the West Goldwire and Tarpley City neighborhoods of the Grasselli community. It is divided by the administrative border between the Birmingham Division and Bessemer Cut-Off of Jefferson County. 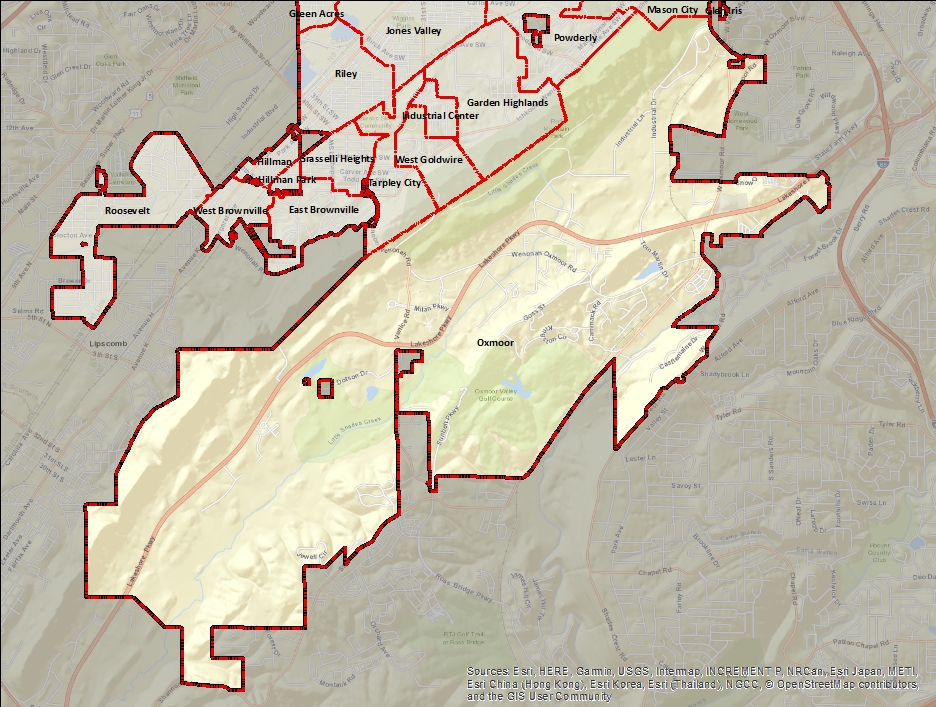