Redmont Park is a neighborhood in Birmingham's Red Mountain community. It stretches along the ridge of Red Mountain, north of Mountain Brook from Vulcan Park on the southwest to Crestwood South. The original Redmont Park subdivision was developed the Redmont Land Company, a subsidiary of the Jemison Company in the early 1920s, extending its Mountain Terrace subdivision toward the Birmingham Country Club's new location on Watkins Brook, where the company would eventually develop its new suburb of Mountain Brook. Estate sized lots were marketed for their convenience to the new country club, and sold quickly. 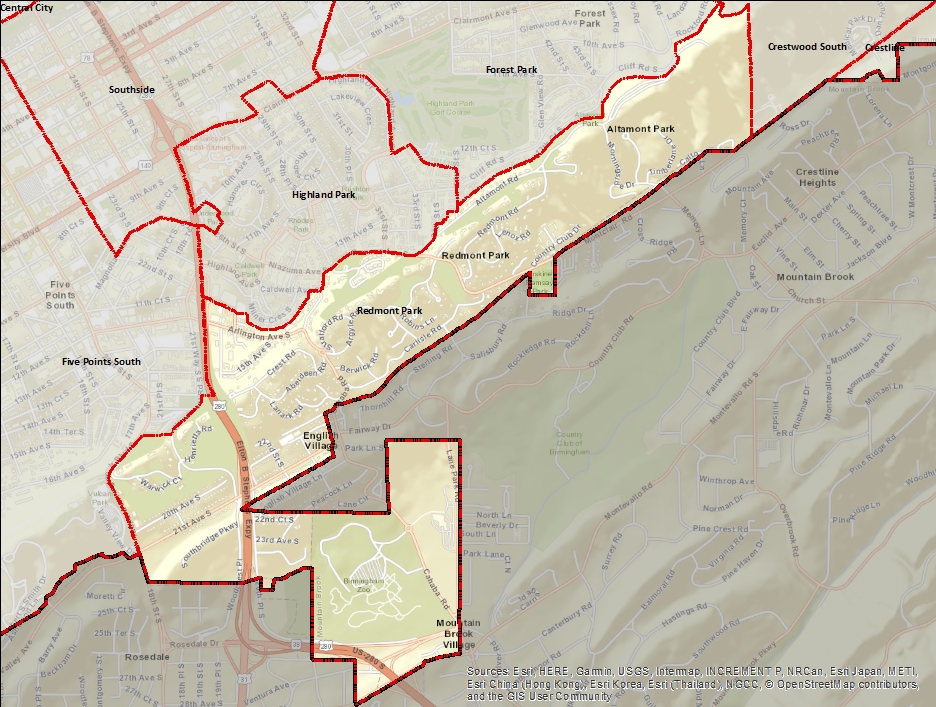