Brummitt Heights is a neighborhood in Birmingham's Airport Hills community. Much of the neighborhood lies within the ravine of a creek running from the rim of North Lake toward Five Mile Creek. Once called Tarrant Heights, extended eastward into the present municipality of Tarrant. The neighborhood's hills were first populated by black workers from nearby quarries on Huntsville Road and at Ketona in the late 1800s. More workers came after the National Cast Iron Pipe Company opened its plant. 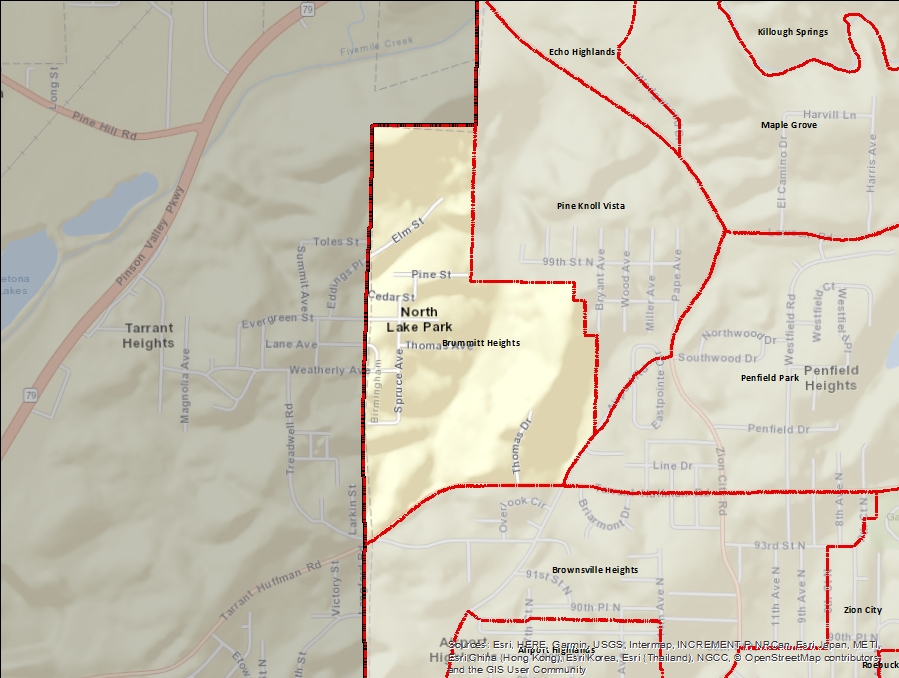