Crestwood North is a neighborhood in the Crestwood community of Birmingham. It was developed as Woodlawn Heights (also called Woodlawn Highlands) in the early 20th century. The neighborhood is divided from Crestwood South by Crestwood Boulevard and from Woodlawn by the Central of Georgia Railroad. The neighborhood also includes the former site of the Woodlawn Infirmary (built in 1896), which was demolished after a fire. 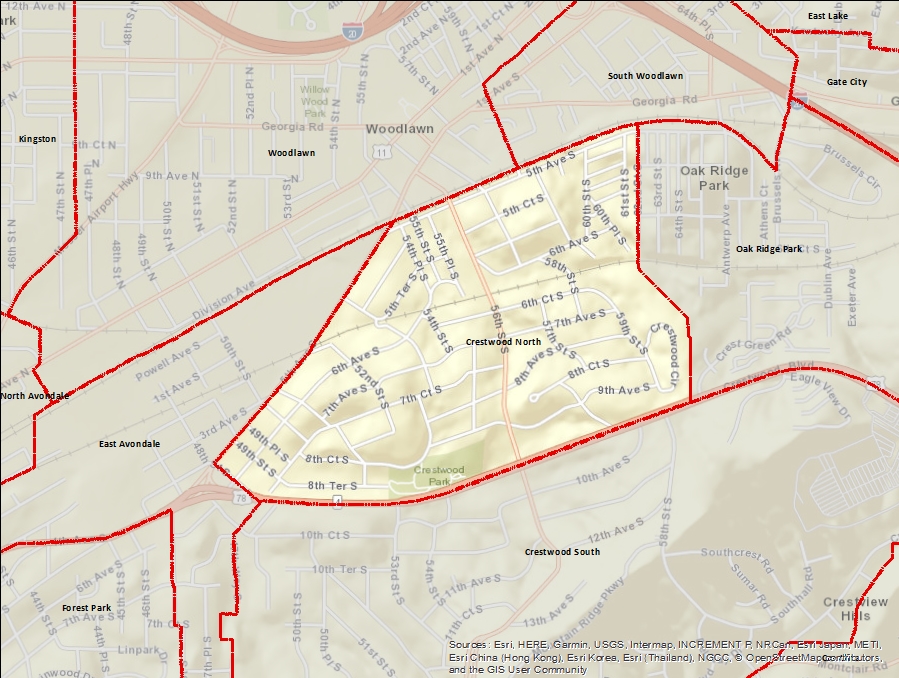