The Jones Valley neighborhood is a neighborhood in Birmingham's Southwest community. It is named for the larger Jones Valley in which Birmingham was developed. Jones Valley hosted the earliest pioneer settlements in what would later be called the Birmingham District. The homestead established in 1813 by John Jones at Fort Jonesboro gave the valley its name. 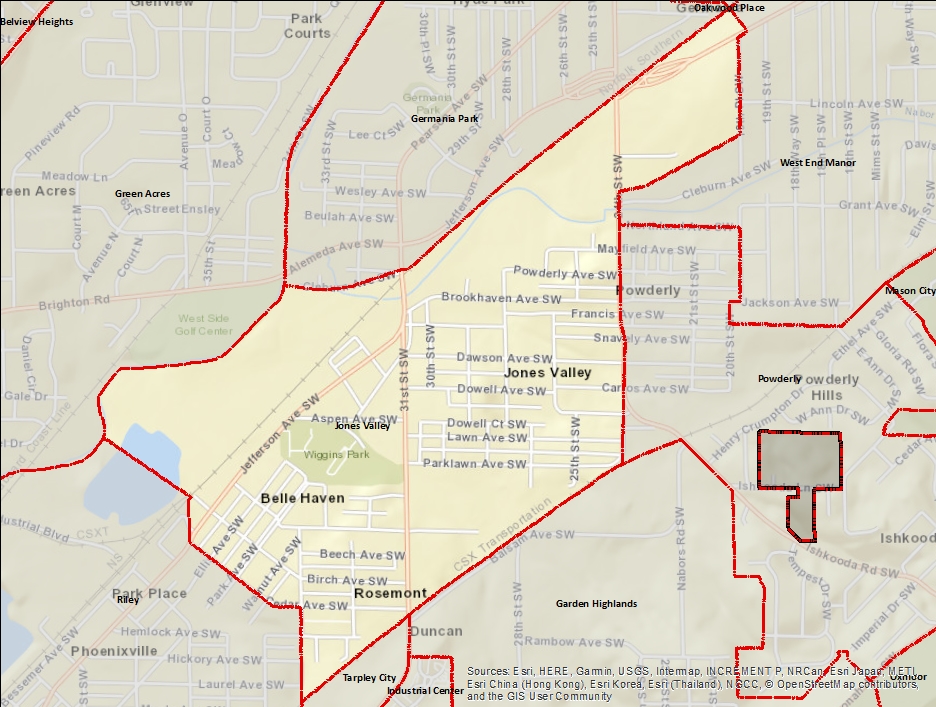