Powderly is a neighborhood in Birmingham's Southwest community. The present neighborhood, which includes the area of Ishkooda and the Powderly Hills subdivision. Powderly was first developed in 1887 as a community of low-cost worker's houses by the Beneficial Land and Improvement Company, headed by members of the Knights of Labor. The nearby community of Travellick was developed simultaneously and the communities were named for Terence Powderly and Richard Trevillick, two of the Knights' national leaders. There were numerous efforts to either incorporate Powderly or annex into Birmingham in the 1940s. Powderly was eventually annexed into Birmingham by 1964. 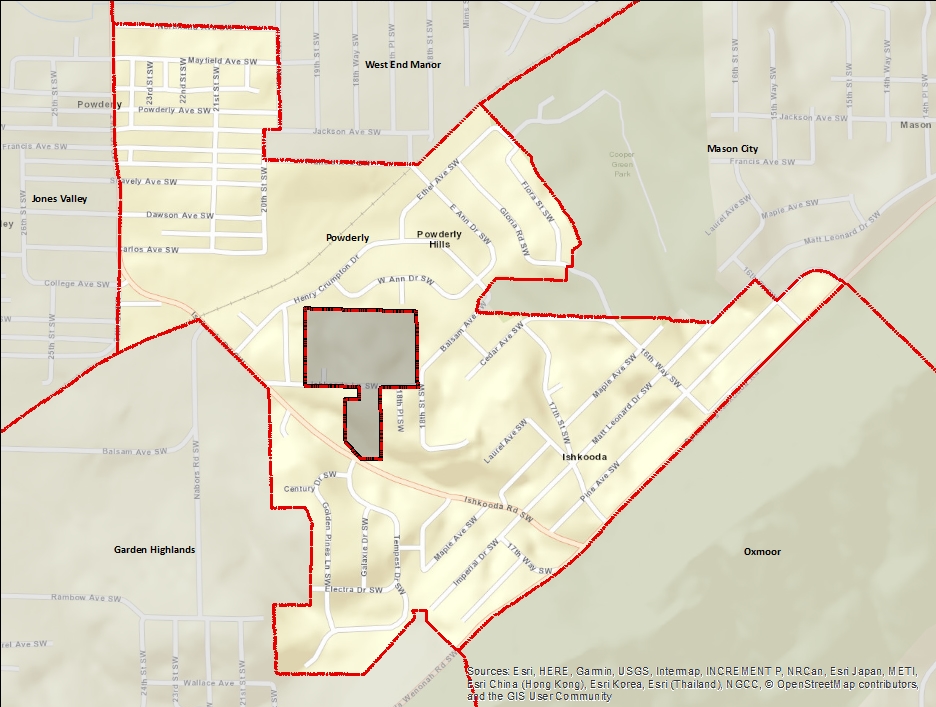